Entrepreneurs today are just like Heroes. Who have given the all life to his company is a fearless Hero.

This year took place the 5th edition of “SCULTURA e IMPRESA” by Michele D’Aniello at the Museum of Industrial Heritage in Bologna, (opening goes until 27th of January 2019).

What does this event represent? What does Michele D’Aniello actually do?

Mr. D’Aniello had a dream, this dream brought him to realize his mission, together with entrepreneurs and their Companies, together with who, every single day, carries on their dreams, create jobs for the people and strongly believe in what they do.

So what TGT has to do with that?

TGT is a company which had the chance to be selected by Michele D’Aniello and with whom it shared the mission, the thought and the goals.

How? Following his dream:

Michele D’Aniello started with one sculpture of the “Cycle of plants with seeds”.
The seed, the birth of the nature that then grows. TGT had chosen his seed, the beginning of his history: the curved blade for the impeller called “squirrel cage”, the first impeller which has been built in 1976 by their founders.

For the anniversary of the 39th year of activity: 3+9= 12, number strongly bonded to Mr D’Aniello, has come to light the sculpture of the series “cycle of human heads” which gave worth to the personal achievement of Mr. Minelli (Owner and core of the Company).

Nobody inside TGT would have ever expected that Mr D’Aniello wants to dedicate an handwork of the series “Cycle of the stones” to TGT and Minelli’s Family; on the occasion of the 5th edition of “Scultura Impresa”, Michele did it with a Stone named “nuovi cieli e nuova terra”: new skies and new lands.

Is that maybe a coincidence?
Since two years ago TGT has undertaken this generational transition: from the old one to the future life of TGT, a new generation, not an end of the old but a “carry on” together with the new one. The Stone has been considered a kind of blessing.

This is what TGT has to do with that: not just a business Company, not just business matters, not just balance sheets. This TGT is history, experience, ethic, humanity, sharing in positivity and negativity. A melting of new and old to keep being the History of an Italian Company.

We do Thank You Michele D’Aniello, it is also because of you that we have become better. 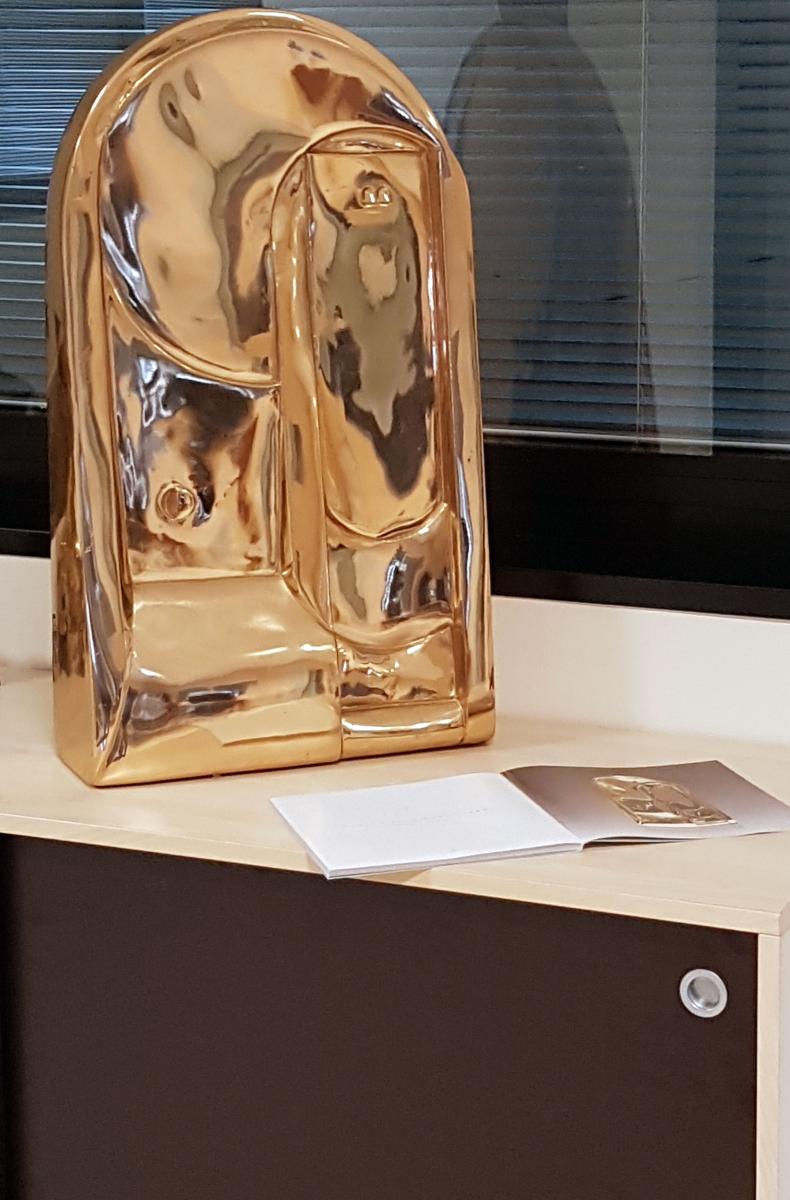